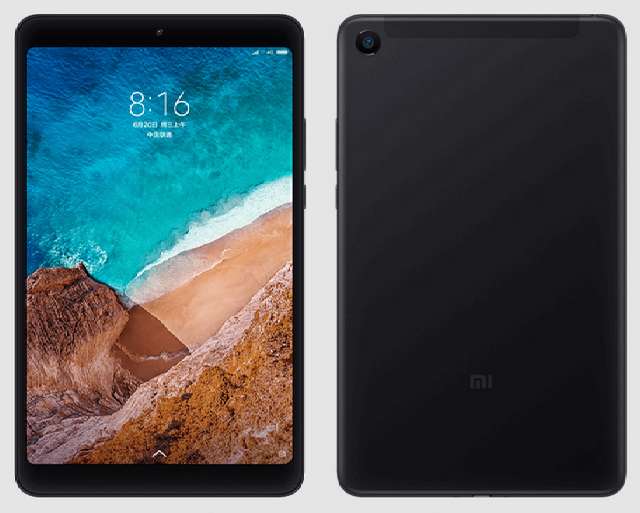 Xiaomi has officially announced its first 2018 Android tablet at an event in China as expected today. The Mi Pad 4 as called, is the successor of the company’s last year Mi Pad 3 and in this regard it comes with upgraded specs when compared with its predecessor.

The tablet is wrapped in a slim metal body that is 7.9mm thick, but it is quite heavy considering its 242.5 grams weight, which may be due to the gigantic battery it packed behind. The Mi Pad 4 boasts of a 6000mAh battery.

The device is offered in two flavors,  WiFi-only and LTE. The first does not support voice calling as it lacked a SIM card slot, while the later supports voice calling and 4G LTE for fast internet browsing. Apart from the slight difference in their network connectivity, other specs remains the same for both models.

Technically, the Mi Pad 4 features an 8-inch WUXGA+ (1920X1200) display with an aspect ratio of 16:10. It is powered by a Qualcomm Snapdragon 660 chipset, coupled with up to 4GB of RAM and up to 64GB of non-expandable storage. In photography, it sports a 13MP camera at the back and a 5MP camera at the front for video calling and selfie, with supports for face unlock.

It runs Android 8.1 Oreo out-of-the-box but lacked a fingerprint sensor and a 3.5mm audio jack.