Here is everything you need to know about Angel of the Big Brother Naija season 6 reality show.

Get to meet Angel Agnes Smith and know everything about her by reading this Angel BBnaija Biography.

Angel Agnes Smith is one of the Big Brother season 6 reality show housemates who prefer to be called “Angel” in the house. 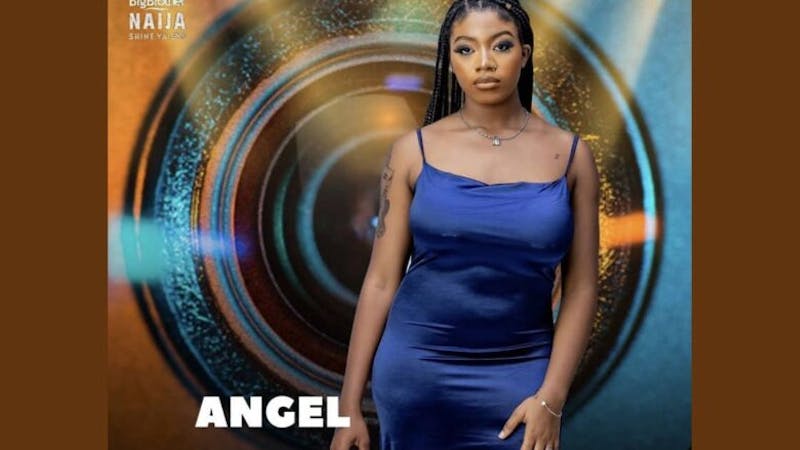 The 21-year-old housemate defines herself as a drama queen who enjoys having a good time. BBNaija Angel claims that she treats people according to how they treat her.

BBNaija Angel also claims to despise conflict, even though she is sometimes the source of it. Angel BBNaija is an outspoken feminist who despises it when others take advantage of her.

Angel was born in the year 2000 to parents who lived in London. Angel is from the Nigerian state of Akwa Ibom. Her parents lived in London, and she lived in Nigeria.

BBNaija Angel attended Marywood Girls College in Lagos before transferring to the University of Lagos (Unilag) for around two weeks. During that time, however, she never attended a lecture.

BBNaija Angel attended a remote high school and was subjected to parental and school pressure. According to her, a score of 96 is required to receive an “A” at Marywood Girls College in Lagos.

Angel of BBNaija dropped out of Unilag without her parents’ permission. According to BBNaija Angel, who spoke about her life on the Big Brother show, she dropped out of university due to pressure.

After that, BBNaija Angel enrolled at a British foundation college to study mass communication, but she dropped out.

BBNaija Angel’s life has not been easy. BBNaija Angel blamed her academic troubles on her mother’s high expectations and pressure.

BBNaija Angel began self-harming at the age of 14 and has struggled with depression.

Before entering the residence, the 21-year-old was in a relationship. Angel of BBNaija told the heartbreaking story of her first boyfriend’s death in 2019.

The reality star wants to use her writing talent to write and produce movies, which is one of the main reasons she auditioned for BBNaija.

People with pretentious personalities irritate Naija Angel. The reality personality also enjoys tattoos and piercings, with about 11 tattoos and two piercings on her body.

Naija Angel has a distinct dress style, which she thinks is to blame for people’s negative perceptions of her.

We have yet to verify BBNaija Angel’s wealth and net worth source. Stay tuned for more updates and information.