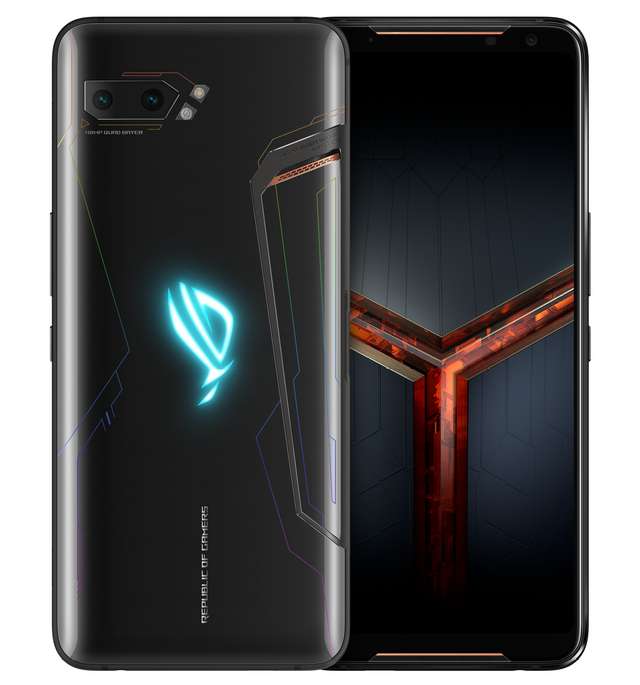 Asus has officially launched its next-generation gaming smartphone for avid mobile gamers in China, the ROG Phone II. The phone proves to be a worthy successor of the company’s first gaming phone that was released last year in many areas, but the most prominent of these areas are the display, processor, and the battery.

The ROG Phone II is the first Android mobile to boasts of a 10-bit 120Hz HDR OLED display. The display, which is 6.59-inch in size, comes with Full HD+ resolution that offers 108.3% DCI-P3 color gamut. Moreover, the display have fast latency of 1ms and 240Hz sampling rate for its capacitive touch sensor. There is no notch or punch-hole in sight—this means you have a bottom bezel to rest your inactive fingers on when tapping the phone. Screen protection is provided by Corning Gorilla Glass 6.

The top bezel harbor 24MP (f/2.0) selfie snapper and other array of sensors, such as ambient light and proximity. The classic delight further extend to the back where you will find two cameras horizontally arranged at the upper-right. The dual camera, inherited from the ZenFone 6, has a 48MP (f/1.79) Sony IMX586 sensor, which is the main with an actual effective output resolution of 12MP, while the secondary is a 13MP sensor with an ultra-wide lens. Aligned at the right side of the cameras is dual LED flash.

The ROG Phone II uses an optical in-display fingerprint sensor unlike its predecessor. The customizable ROG RGB LED logo with over 16.8 millions of colors still resides at the back. At the side are the volume and power buttons, and a USB Type-C port (3.1 Gen 2), while another USB Type-C port (2.0) and a 3.5mm audio jack are located at the bottom. The side-mounted USB Type-C supports DisplayPort 1.4, ROG accessory, Quick Charge 4, and USB Power Delivery (3.0), while the bottom USB Type-C only supports Quick Charge 3.0 and Power Delivery.

Let’s dive inside – powering the ROG Phone II is Qualcomm’s new Snapdragon 855 Plus 7nm octa-core chipset with Adreno 640 GPU that has been overclocked to deliver 15% increase performance (compared to Snapdragon 855) for best graphics rendering. Coupled with these are up to 12GB of RAM and up to 512GB of storage (UFS 3.0). Asus revealed that the phone has a vapor chamber that guide heats developed by the CPU during intense workload to the external vents, which helps prevent throttling during intensive tasks. 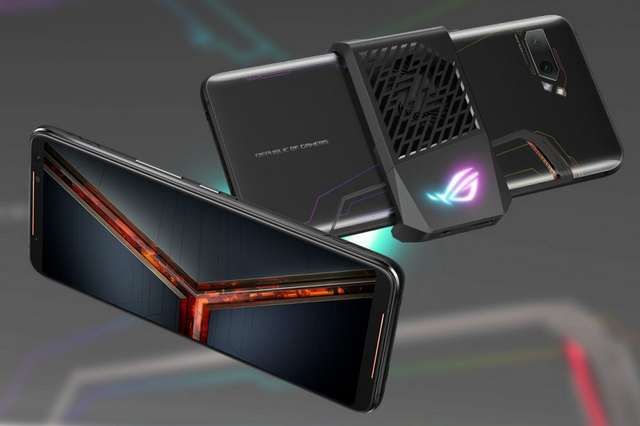 To further decimate heat, Asus is bundling an ActiveAero Cooler II added accessory in the box – this further lowers the temperature by 5°C. The second-generation ActiveAero Cooler runs four times quieter than its predecessor (24db) and can double-up as a kickstand.

Various software features and optimizations are put in place to enhance the usability of the device, these include the revamped “AirTriggers” that can now fluently perceive when users rest and lift their fingers, “Armoury Crate” for tuning various performance aspects of the device during gameplay, including the ROG RGB Logo lighting, and “Game Genie”, a control center for notification, calls, screen brightness and others alike.

The phone runs Android 9.0 Pie overlayed with ROG UI, but there is an option to chose a nearly-stock UI that comes with the ZenFone 6. It have dual SIM slot, quad noise-cancelling microphone, dual stereo speaker with Hi Res Audio, DTS:X Ultra, and DTS Headphones: X 7.1 virtual surround sound for plugged-in headphones.

Flipkart will be selling the ROG Phone II in India from September 30th.

The price of the accessories in India are as follows: