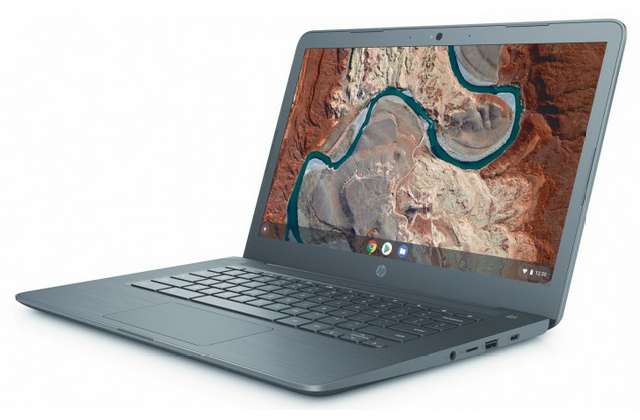 HP has introduced the world’s first Chrome laptop to be powered by an AMD processor as the annual Consumer Electronic Show (CES) kick-start today in Las Vegas. The Chromebook 14 with the model number “db0020nr” is here to succeed the last year model, bringing with it an AMD chipset – the first ever in a Chrome powered laptop.

Apart from the differences in their display and processor properties, other specifications remain the same. These includes 4GB RAM, 32GB (eMMc) inbuilt storage that is user expandable via MicroSD card, and a webcam. Google Play store comes pre-installed on the laptop for direct access to Android applications. In terms of connectivity, the Chromebook 14 supports 2x USB Type-C ports, 2x USB Type-A ports, and a 3.5mm audio jack.

The battery onboard is claimed to deliver up to 9 hours 15 minutes of use in a single charge. The HP Chromebook 14 2019 edition will hit the market later this month; the basic version without a touchscreen will costs $269 USD, while the standard version will be sold for $299 USD. You will be able to grab one in either Charcoal Grey, Ink Blue, or Snow White colors.