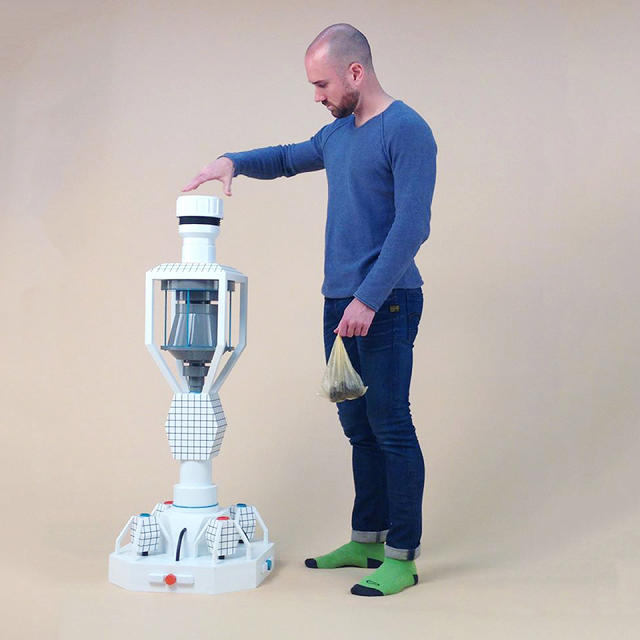 Electricity is an essential part of human life in this modern age. Almost 90% of household appliances requires electricity in one way or the other to function and to be useful for what they are built to do. Disappointingly, most undeveloped countries still suffer power outage and this has negatively affect the life of many people.

Imagine how much each individual spend on fuel each day to power his or her generator, it is not that expensive when compared with the first option, but if the litres used per month is calculated it’ll be shocking at how much is being spent and that doesn’t includes maintenance fee.

We have other means of generating electricity but most are only used in advance contries. For instance, wind energy and nuclear energy are not make use of in Nigeria.

However, a Geneve-based scientist known as Oceane Izard has develop a machine called Poo Poo Power that can generate electricity from dogs poo (feces). The dog waste is placed inside the device which set up some reactions that make bacteria contained in the poo to belch out methane that is convert to electricity.

Electricity collected from methane belch out by the bacteria is stored in batteries placed beside the device and can be used to power up electric appliances in the house. The amount of electricity collected depends on the amount or how hefty the dog poo is. According to the firm, the amount of feces sometimes depends on the breed of the dog. For instance, German Shepherd poo is hefty in grams more than Beagle.

Continueing, Izard who is the head of the firm and the creator of Poo Poo Power said “Beagle creates between 250 and 340 grams of poo each day which can power a fan for 2 hours while German Shepherd produce much more that is capable of powering a fridge”. He further added “if someone wanted to power their homes completely via dogs, they would need six to seven dogs”.

This is a new innovation that cost nothing but dog poo for generating electricity. There’re hundreds of dog roaming about the streets and many people has 10 to 12 dogs for protection of their house. Imagine how much electricity can be generated from their poos. This new innovation does not only save money but it also makes what we consider as a waste product recycleable. Mind you, it’s a pure green energy, so no harm.

Huawei P30 and P30 PRO Goes Official: All You Need to Know [Update: Launched in India]

Vaginal Health: Foods That Are Good For Your Vagina